My friends and I have a weird tradition where we will generate lists of our favorite video games from the past year, and then somehow mash them all together into one “definitive” list of our collective favorites. Obviously, that process is calm and orderly, and does not involve alcohol consumption of any kind.

As an aid both to myself and anyone who might be interested, I’ve collected my personal top 10 games here with a brief explanation of why each title made the list. I totaled it up, and turns out that I played 28(!) games that were released over the course of 2020. I suppose I had a lot of time on my hands last year. I couldn’t imagine what sort of global events might have precipitated that. 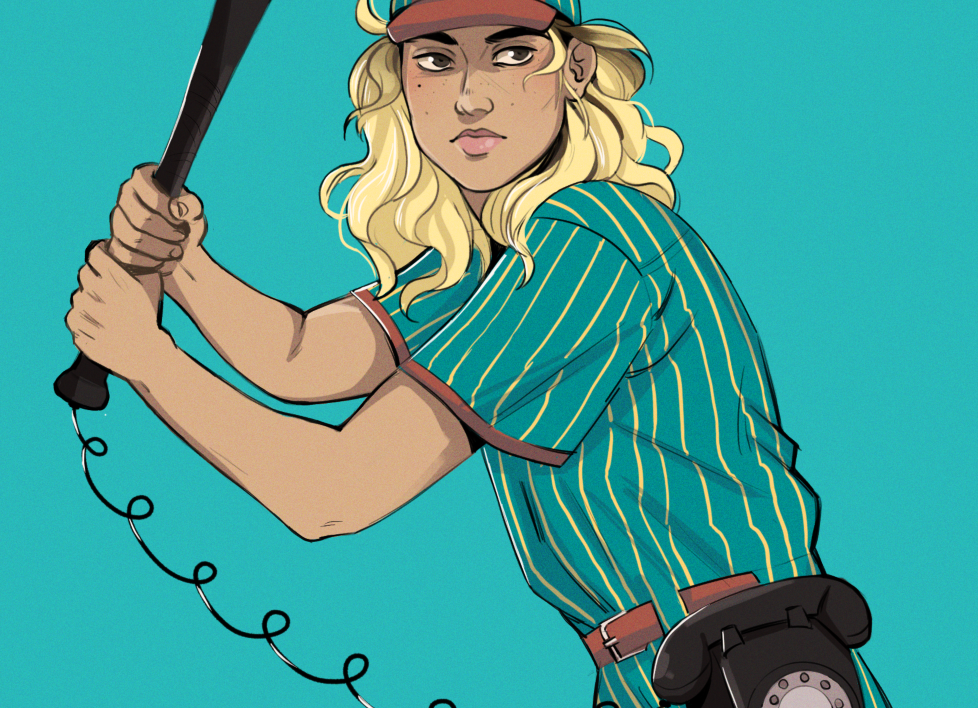 Yes, there are 11 games on my top 10 list. Consider this first runner-up?

Blaseball was once as high as #2 on my list. During the height of its popularity in August/September, Blaseball was my everything. It was exactly the sort of weird, collective hallucination I needed at the time, and I had a fun month or so following it at all waking hours. It helped, too, that it had one of the kindest and most creative fan communities I’ve ever seen.

Why didn’t it make my proper list? First and foremost is the fact that you can’t actually play it right now. What good is a list that makes recommendations for games that aren’t available? To a lesser extent, it’s also not much of a game: indeed, the moment-to-moment gameplay is not too far removed from a clicker game. Blaseball had heart, and the more distance we get from when that heart stopped beating, the easier it’s been for me to accept that it was more a Moment in Time than Game of the Year. 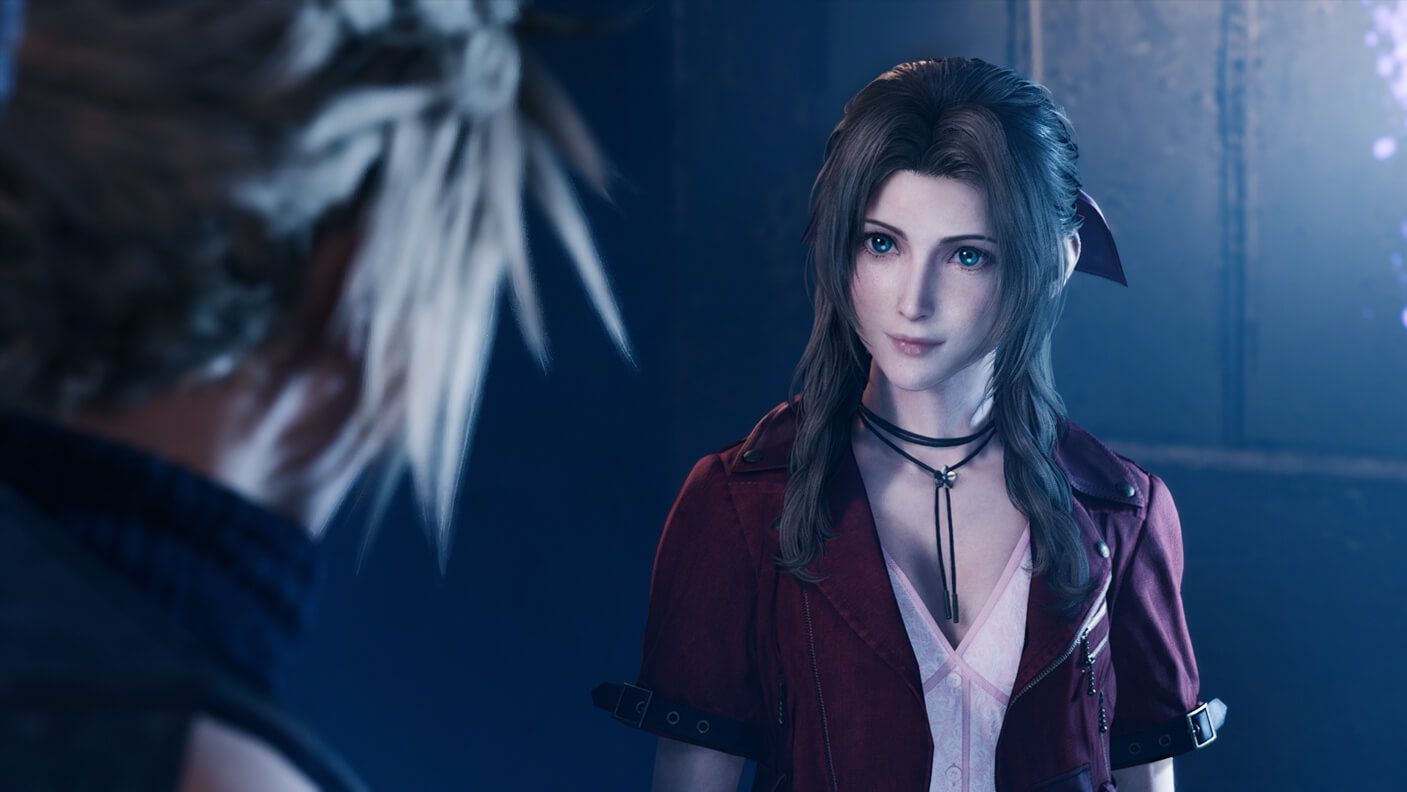 Square Enix took on the impossible task of updating a game clouded in 23 years of nostalgia, and somehow managed to do an admirable job.

It wasn’t perfect (for one, it probably could have stood to have about ten hours of filler cut out of it), but the core gameplay and the note they left the story on made me excited for whatever comes next. Hopefully they also take a look at making the non-boss combat encounters more interesting. :D 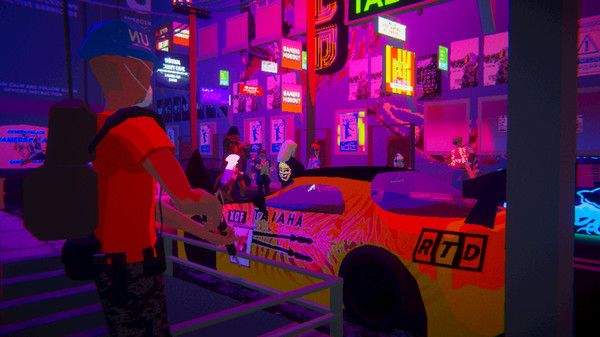 Calling Umurangi Generation a 2 hour-long photography game would be accurate, but also misses the point. An incredibly stylized view of a society on the brink, the “game” parts of Umurangi are somewhat secondary to how it chooses to tell its story: through a series of vignette-like levels that it encourages you to explore and take in. It helps that it might very well have the best soundtrack of any game I played last year?

Interestingly, unlike a lot of other entries on my list, it didn’t necessarily make me excited to see more photography games. A more realistic photo sim in a similar vein would probably fall flat with me. Amusingly, that ended up being the catalyst for Umurangi’s inclusion on this list: it’s a singular experience that I think is worth giving a shot. 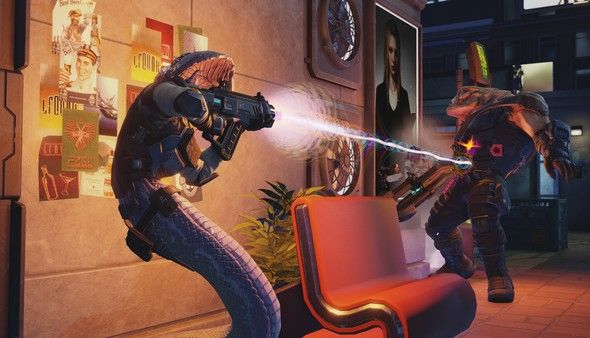 XCOPS gets a curt appreciative nod from me for meaningfully innovating on the modern XCOM formula. In some ways, this worked well (the “Breach” system, alternating turns); in others, less so (the strategy layer, character balance). I enjoyed my time with the game, however, and am looking forward to the next title that takes advantage of XCOPS’ strengths: cutting out the 2-5 minutes of positioning at the start of a tactical fight in favor of a randomized start is apparently all I ever wanted.

It’s worth noting that the game’s politics ain’t it, chief. While the Chimera Squad’s in-narrative function wasn’t terrible (reclaiming dangerous tech left over from an alien invasion), in practice, the game is structured such that pretty much all you do is assist local police by breaking into private residences and shooting civilians. One of the antagonist factions is basically just a disgruntled union. Remember the XCOM where you were the scrappy underdog resistance fighting against psychic slavers? Hopefully the series can move back in that direction in the future. 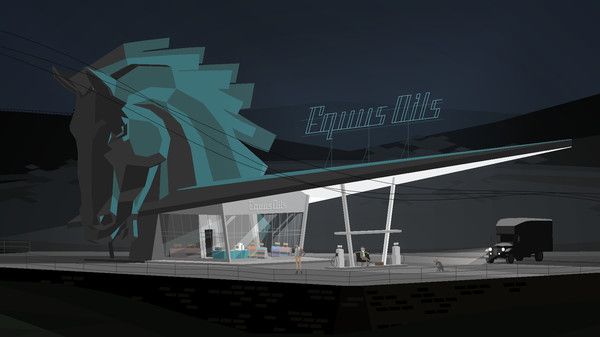 Kentucky Route Zero had its work cut out for it this year insomuch that it’s essentially a 2013 game that, through happenstance and the way our arbitrary Game of the Year rules work, has to be run up against 2020 titles. The fact that it still made my list is a testament to how interesting it is as an artifact of an era that produced such formative titles as Journey, and how beautiful its simple art style is.

A note for people wanting to play through the game in 2021: the game benefits from individual episodes being allowed to breathe, much like folks would have been forced to do when they were released months/years apart. That said, Act 1 and 2 are probably the weakest of the whole set of episodes, so I’d recommend playing everything up through the Act 2 “intermission” (The Entertainment) in a session or two. At that point, you’ll probably have a good idea if the game is for you or not. If it is, that’s a great point to take a step back and let everything percolate away in your mind for a while. Otherwise, it’s also a fine point to walk away in lieu of something else. 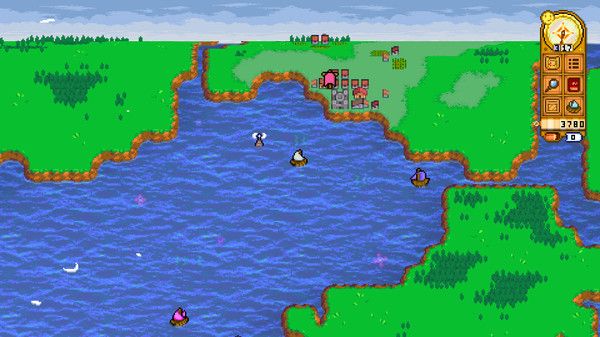 This one came out of nowhere and immediately devoured 20 of my oh-so-precious leisure hours. A hybrid of Final Fantasy Tactics and the old Uncharted Waters SNES series, Horizon’s Gate is a love letter to two tragically underserved genres. Even better, I believe it was made by a single person! If the combination I’ve described appeals to you in the least, definitely give this a try. It opens WAY up after the initial 15-30 minute intro.

Oh, and don’t be put off by the art style: it ain’t Stardew Valley! 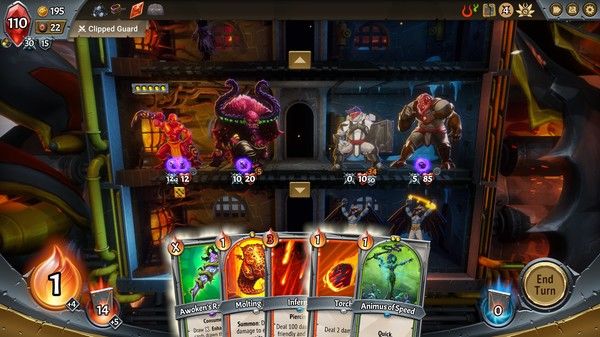 Speaking of love letters, Monster Train is what you’d get if someone adored Slay The Spire and wanted to make their own unique take on it. It’s overall a “looser” game than Slay The Spire, which is both better and worse: it has more opportunities for significantly overpowered (and fun) builds, but lacks some of the coherence that made Slay The Spire such a masterpiece. If “more Slay The Spire” sounds fun to you, or if you bounced off Slay The Spire because it was a little too taut, I definitely recommend picking this up. 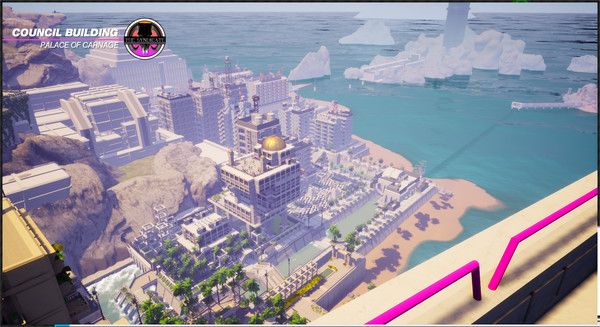 I actually figured I’d end putting this one way further down on my list (or not at all), but frankly, it’s stayed lodged in my head far longer than I expected. A friend described this as a “polished student project in the best way possible”, and that’s not far off. It’s an interesting little detective game (Obra Dinn vibes) that happens to be set in a completely batshit world: an alien “paradise” with sinister undertones (and, occasionally, overtones). The aesthetic is bright and colorful and the soundtrack is all vaporwave. It’s not a perfect game, by any means, but it did make me long for a shorter, tighter investigation game in a similar vein, and it was one of the most unique titles I had the pleasure of trying last year.

3) Signs of the Sojourner 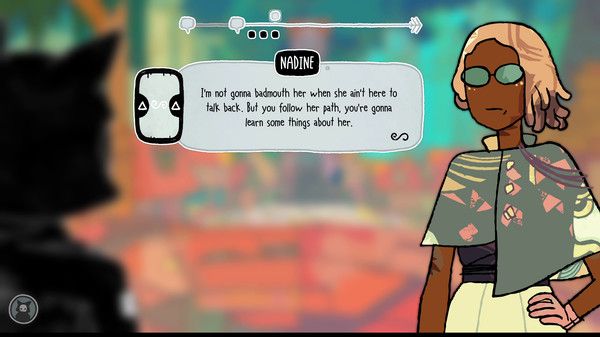 Kentucky Route Zero walked so Signs of the Sojourner could run.

A brief narrative-heavy game set in a post-apocalyptic world that relies on trade from caravans, the core gameplay loop involves conversation between characters being abstracted into a card game. You begin with a deck of two “suits”, and the object is to play cards of the same suit as your conversation partner. Various twists, both through gameplay and narrative, make this one of the best examples of storytelling through game mechanics that I’ve ever seen. A full “run” of the game is only a couple of hours, and it’s structured to encourage folks to play numerous times to find all sorts of nooks and crannies. Of the games in my top three, this is the one that would be most criminal to sleep on. 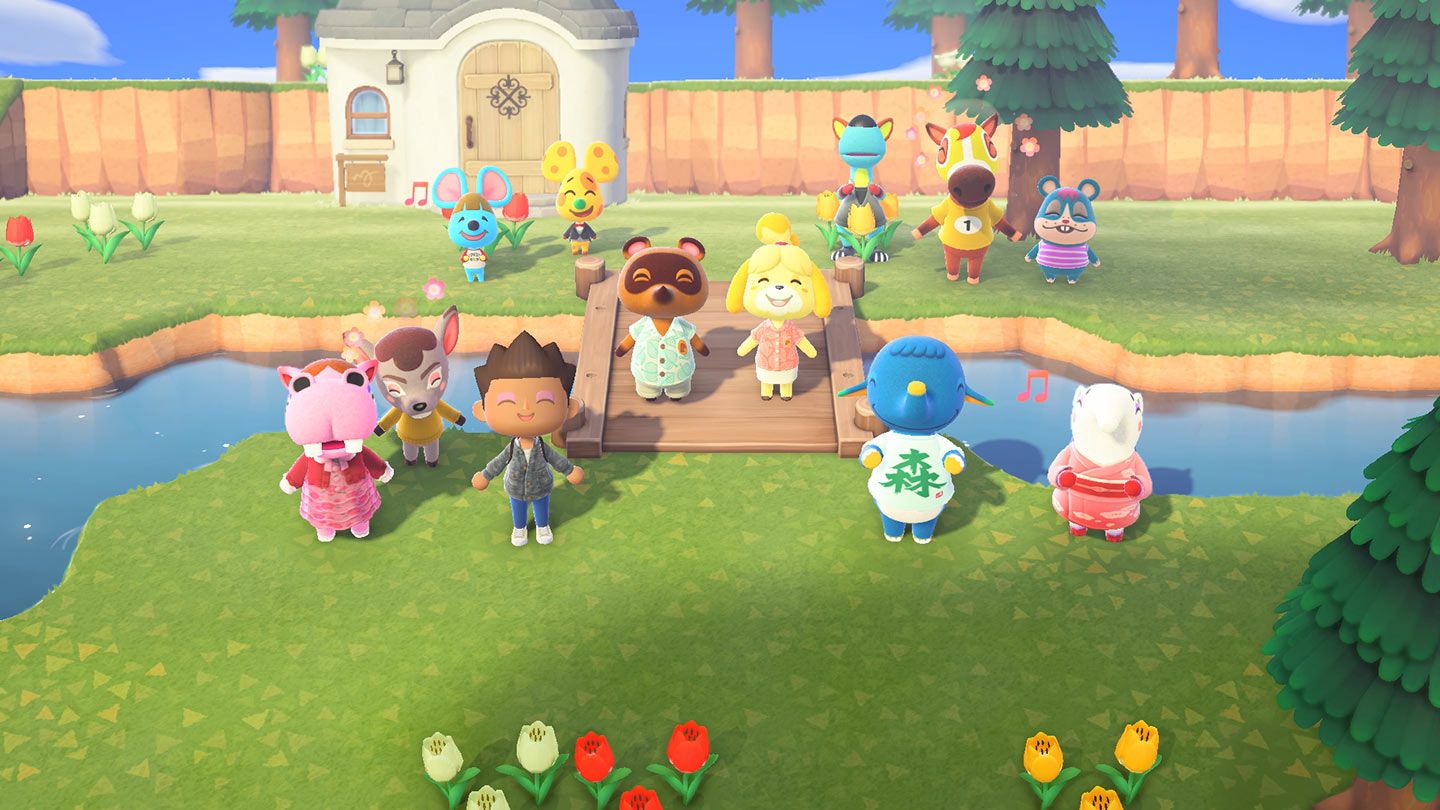 A solid entry to an endearing series, New Horizons makes it so high up this list due to the singular circumstances surrounding its release last year. A bonafide crossover hit, I and pretty much everyone I know sunk dozens of hours into our islands while the world crumbled around us. It’ll be tough to separate the two out while thinking about Animal Crossing in the future, but it cannot be denied that New Horizons was exactly the game we needed at exactly the time it arrived. Remember how garbage Nintendo’s online play was? The fact that we put up with it at all is a testament to how much of a panacea this game was, and for some folks, still is. 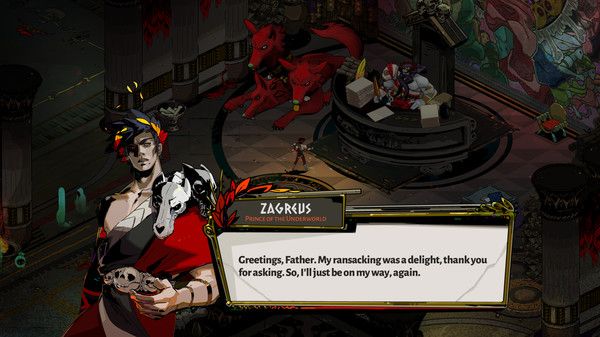 If you were to inelegantly carve the delicately-paced narrative elements of Hades out of the tight action gameplay they’re attached to, you might end up with two games good enough to make my list this year. As it is, we were lucky enough to get both in one package, expertly trimmed with all of the elements we’ve come to expect from a Supergiant title. It’s astonishing to think how much the game evolved and improved over its years in Early Access, as well: too many games ship in EA as tiny slivers of their developers’ aspirations, but Hades always felt complete, and only ever felt even more so with each subsequent patch. If you’ve read this far, I’m probably preaching to the converted, but if you’re here and you haven’t given Hades a spin yet, please do: it’s my Game of the Year for 20201.